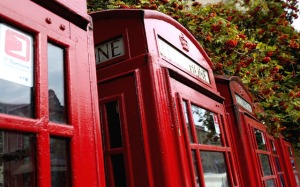 Skinny Joe waved at Frank from the pub across the street. He looked around nervously, then nodded behind him.

It was always something with Skinny Joe, the pub owner, who was always into everyone else’s business. Frank sighed as he realized he dream of a tall Americano coffee would have to wait. He trotted across the street to see what Joe wanted.

Frank had only been in London for a couple of weeks, so some of the Cockney references went right over his head. But he was learning to look for the rhyme. Given the context, he deduced that Tommy was in the back of the pub waiting for him. With another sigh, he stepped into the poorly lit building and made his way to the back room. Skinny Joe followed him, twitching with excitement.

Tommy sat with his back to the wall. He was peeling an orange with his beefy fingers. It looked kind of like an apricot in his hands. Without looking up, he gestured for Frank to sit, which Frank did.

Tommy finished peeling the orange, carefully separating each piece and placing it on a plate in front of him. He offered the plate to Frank, who declined politely.

“Now lad, what’s this I ’ear about the bees and honey?” He popped an orange slice into his mouth and looked at Frank expectantly.

“Well I don’t know Tommy,” Frank shot Joe a look, “what did you hear about the money?”

Barney? Frank wracked his brain, but came up empty. Jill had told him to look at that Cockney dictionary. She’d even emailed him the link. But Frank really hadn’t expected it to be so much like another language. The words were all English, but only half of them made any sense.

Tommy lifted an eyebrow, waiting. Frank decided to focus on the issue of the money.

“The money is fine,” said Frank. “There was some hassle about the exchange rate, but it’s been sorted out. The bank deposited it this morning.” Out of the corner of his eye, Frank saw Joe’s face fall. End of the excitement.

“Good,” Tommy grinned and polished off the orange. “Then I’m ’appy to give you my blessing.”

Frank relaxed. Well, until Tommy stood up and leaned across the table, staring him right in the eye.

“If you break my little teapot’s ’eart, I will break your legs. Alright lad?”

Tommy grinned again and gave Frank a solid pat on the shoulders, “Well, time to head back to the old lollipop. Those uncles ain’t going to sell themselves.”

Only when the pub door closed behind Tommy did Frank let his breath out. He loved Jill, but his father-in-law to be scared the crap out of him. It didn’t help that he looked and sounded like a gangster from a Guy Ritchie film, even though Jill swore up and down he was just a shopkeeper. As he left the pub, desperate for that Americano, Frank wondered if someday he would be able to have an actual conversation with Tommy, the way Jill did.

Maybe he’d go home and look up that dictionary after all.

I wrote this story for the WordPress Weekly Writing Challenge, which was to showcase our slang.

I come by my Cockney roots from my father’s side of the family. I find the rhyming slang particularly fascinating and I have always loved listening to it. This little story is my ‘omage to my roots, so to speak.

Now, here’s a glossary of the Cockney terms I used and what they mean:

For more on the Cockney “language” check out these links: