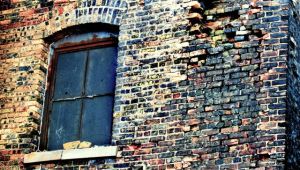 It was late afternoon. The sun dipping behind the tall buildings said it clearly. And so Coralie waited. Just like she’d done every day since the Ending had swallowed up all the normal in her life.

She remembered asking her mother if she could wait outside the grocery store. Coralie loved the strange little merry-go-round with its myriad of creatures, but her absolute favourite was the tiger. She would climb up on its back and imagine she was riding through wild tropical jungles, splashing through streams and chasing monkeys into the trees. Sometimes she would switch it up and climb on the horse instead, pretending to be one of those girls from the other side of town, with fancy matching clothes and shiny shoes.

On that fateful day, Coralie’s mother had smiled and ruffled her hair, and then nodded her consent.

“I won’t be long,” her mother had said as she headed inside the store.

Coralie had climbed up to play Queen of the Tigers, imagining herself thundering through the dense jungle foliage on the back of her fiercest tiger. She’d battled wild boars and saved the prince from a band of outlaws. And then the Ending had begun.

At first, Coralie had thought the low rumbling was just a loud garbage truck going by, but the rumbling had grown louder, like a chorus of angry giants descending on the city. As she’d scrambled down from the tiger, the sky above had gone black. Cars had screeched to a halt and grown-ups all around Coralie had started to scream.

With her tiny heart pounding in her ears, Coralie had run to find her mother, but by then the rumbling had transformed into a weird hum, and when she’d stopped to cover her ears, all the windows in the surrounding buildings had exploded. Glass had come crashing down on the streets like sheets of torrential rain. Terrified, Coralie had simply run for cover, squeezing her small frame through a gap in a chain-link fence and taking cover beneath some scraps of metal.

And then Coralie had waited.

The darkness and destruction had gone on for hours, maybe even days. Coralie had stayed hidden, trying not to notice how thirsty she’d become. At one point, she’d even fallen asleep, only to wake again in darkness. Eventually, the screams and the strange noises had subsided. But the darkness had lingered. On the one occasion Coralie had dared to peek outside her hiding place, she’d seen oddly shaped people moving through the rubble, collecting items in equally odd containers. Coralie did not peek again until the light came back.

When she had finally emerged, the streets were empty and the city was silent, much like it was all these years later.

Coralie had searched for her mother in the rubble, but there were no signs of any life and nor were there any bodies. Coralie had gone home, thankful that she remembered the way, but her apartment building was as empty as the streets. All alone, Coralie had tried to remember all the things her mother had taught her. Look before crossing the street. Never pet a strange dog without asking. Always eat your vegetables. Be kind to others.

Buffeted by thoughts of her mother, Coralie had managed. She’d found food and water and then found safe places to store it. She’d armed herself with iron pipes and pepper spray. She’d even trekked across town to equip herself with fancy clothes and nice shoes. And she’d survived so far.

In her travels she’d come across a dog, the only other living creature she’d seen since the Ending. She called him Max and now they travelled together, scavenging for food, books, and supplies in the daylight and cuddling close in the dark.

Coralie knew a lot of time had passed since the Ending. It was reflected daily by the changes to her height and her strength and her preference in reading materials. So even though she knew it was probably futile, every day Coralie walked back to the merry-go-round where it all began and waited for her mother to return.

This is my submission for the WordPress Weekly Writing Challenge: 1,000 words. We were asked to write a story inspired by the following image: 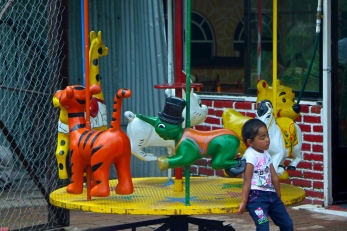 16 thoughts on “After the Ending” 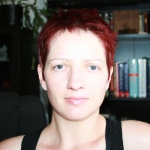